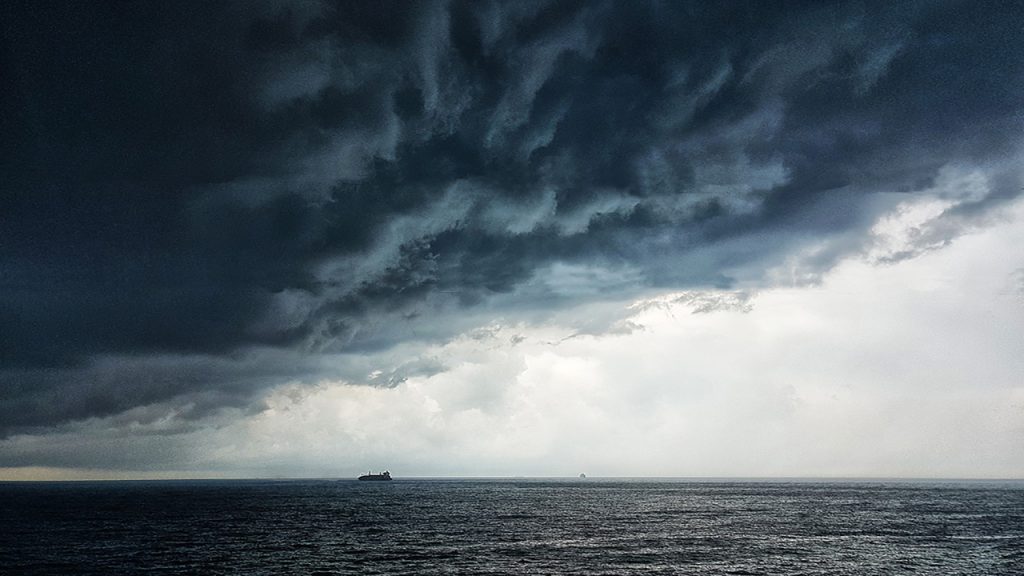 North Atlantic ocean currents that influence the UK’s weather, such as severe storms and extreme temperatures, might have been more stable in recent decades than thought, new research suggests.

A recent study, reviewing previous research and climate modelling, has revealed patterns of weakening and strengthening of the Atlantic Meridional Overturning Circulation (AMOC) – one of the world’s largest climate mechanisms that underpins the Gulf Stream – during the past 40 years. The changes are consistent with variability that would occur naturally.

The findings go some way to allaying concerns raised in other recent studies that the currents are in decline and potentially on the brink of collapse due to global warming. Such a collapse would mean more summer heatwaves, bitterly cold winters and dangerous storms battering Europe, and sea level rise on the east coast of the US.

Researchers do however warn that a weakening of the AMOC over the 19th or 20th century cannot be ruled out, meaning action to prevent climate change is still extremely important.

The consistent finding that these important North Atlantic ocean currents have fluctuated naturally is significant as it could explain the worrying weakening that has been observed in recent decades.

Although unlikely to be as dramatic as those seen in the film The Day After Tomorrow, the consequences of a further weakening would be a ramping up of extreme weather in the UK and Europe. The best course of action is to limit climate change as not doing so will undoubtedly lead to damaging alterations of weather and climate around the world in any scenario.

Dr Jon Robson, an NCAS climate scientist at the University of Reading

The AMOC is a system of currents that transports warmer water from the tropics to the poles, and colder, denser water in the other direction at great depth. The transport of heat to the North Atlantic keeps the UK’s climate warmer than other locations at our latitude.

The recent study, published in Nature Reviews Earth and Environment, highlighted that the AMOC has varied in strength over time and in different locations, with sub-polar and sub-tropical stretches operating on independent cycles.

It also provides evidence that the currents strengthened between 1980 and 2000, which has potentially accentuated the recent decline noted by scientists.

Dr Laura Jackson at the Met Office, lead scientist on the study, said: “It is expected that ongoing climate change will weaken the AMOC. Although our study didn’t detect a signal for long-term weakening, it is plausible that any change currently underway could be masked by the large variation between years and between decades. Any significant change would have a substantial effect on Europe’s weather and climate.”

Environmental scientists are calling for more research to improve monitoring of the AMOC and better distinguish ongoing changes from variations over years and decades.