Home / News / News & Events / Why are Atlantic sea temperatures changing, and what does it mean for Britain? 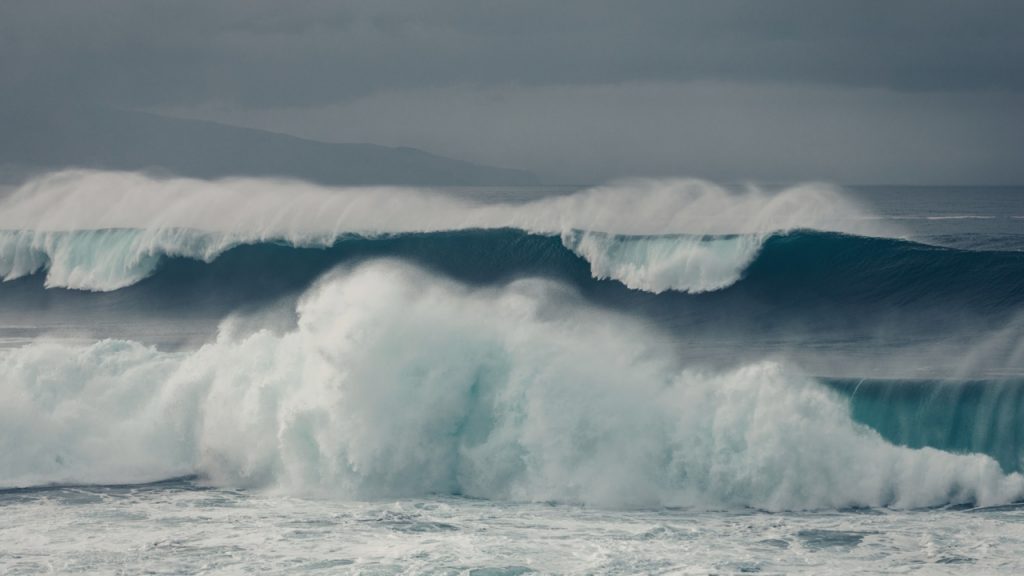 Storm Ciara and Storm Dennis wreaked havoc across Britain this year, causing damage to thousands of homes and businesses, extensive travel disruptions, and several deaths. In some places, over a month’s worth of rain fell in twenty-four hours.

These hazardous weather systems are known as mid-latitude storms. They are swept in from the Atlantic, where cold polar air from the north meets warmer air from the south at roughly the same latitudes as Britain. Far from the shores of Britain, the Atlantic climate holds the answers for important questions about our weather, including how severe and how frequently future storms will hit.

Over 70% of Earth’s surface area is ocean, which plays a major role in regulating Earth’s climate system. Sea surface temperatures have a particularly large influence on climate and weather.

Since the late nineteenth century, scientists have been keeping track of weather events over the North Atlantic. Their observations have revealed a fascinating pattern in the climate across the region defined by phases of warmer and cooler sea surface temperatures.

Typically, the pattern swings back and forth between warmer and cooler sea temperatures over a timescale of thirty to seventy years. Scientists call this process ‘Atlantic Multidecadal Variability’ but aren’t entirely clear what causes it.

The pattern has knock-on effects around the world – from hurricanes and storms to rainfall patterns over the African Sahel and Indian monsoon. This is because warmer ocean waters are able to provide more energy to developing storm systems over the Atlantic.

Today, researchers from the National Centre for Atmospheric Science are unpicking the complex mechanisms behind the Atlantic climate cycle. They are trying to find out why Atlantic sea temperatures follow this pendulum-like pattern, so that they can predict future changes in the region.

Some previous studies have suggested that the Atlantic sea temperature pattern could be caused by ocean currents that move heat, carbon and water around the region.

On the other hand, some studies found the pattern was influenced by outside factors, such as volcanic activity, aerosols and greenhouse gases.

Now, Dr Ioana Colfescu from the National Centre for Atmospheric Science and Dr Edwin Schneider from the George Mason University have used a series of computer simulations to examine how different factors work together to produce changes in the Atlantic climate.

Their research shows that external factors, like man-made greenhouse gases, play an important role in the Atlantic climate cycle. But, they’re not the only reason for sea surface temperature variation.

The new computer simulations also showed that random weather above the region, as well as ocean circulation, can influence sea temperature change in different parts of the Atlantic ocean.

In fact, the new study suggests that random weather is responsible for 10-20% of the variation in sea surface temperatures in some areas of the Atlantic Ocean.

Dr Ioana Colfescu and Dr Schneider have published their work in the Journal of Climate.