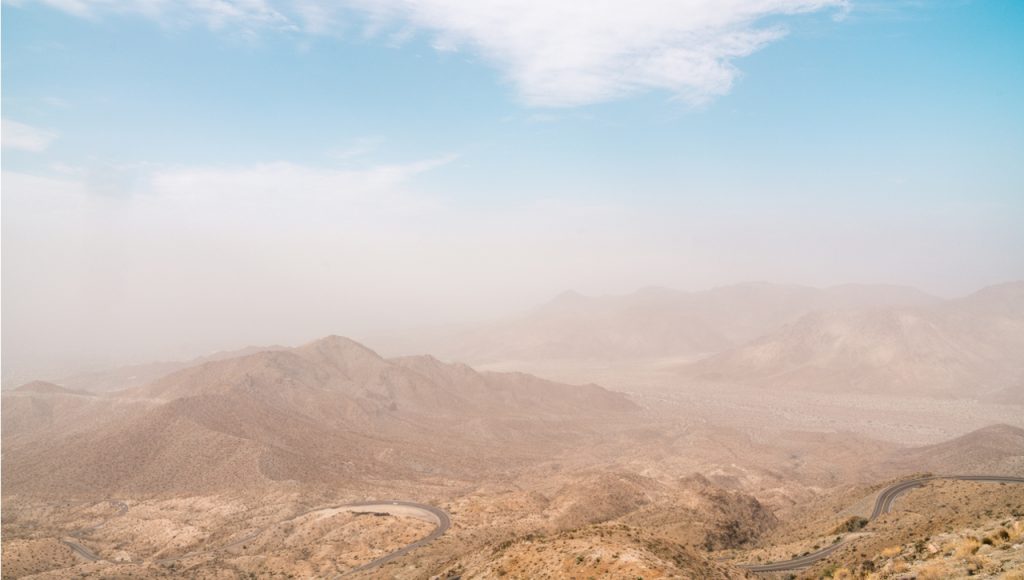 Scientists have been flying over the Atlantic Ocean to investigate how desert dust and man-made pollution are interacting in remote marine environments, which could have knock-on consequences for the air quality in our towns and cities.

Researchers from the National Centre for Atmospheric Science and the University of York are interested in a new source of nitrogen oxides pollutants, also known as ‘NOx’, which can cause lung disease and respiratory infection.

These chemicals are produced by a wide range of activities around the world, from traffic to agriculture. But scientists didn’t expect to see nitrogen pollutants at offshore locations so far away from the continent.

Recent observations of nitrogen oxides over the Atlantic Ocean suggest there is a new source of these harmful chemicals in the marine atmosphere. The ARNA project is hoping to find out where they are coming from.

Over several years, the research team will spend around forty hours in the skies collecting evidence about the different chemical reactions taking place above the ocean. Their main focus is on the interaction between nitrogen pollutants and dust particles which can carry pollutants over the ocean.

The tropical Atlantic region is essentially a natural laboratory where scientists will explore the sources and evolution of different pollutants, including nitrogen oxides (NOx), nitric acid (HNO3), nitrous acid (HONO), and nitrate (NO3-) on aerosol.

There is a relatively low concentration of human emissions over the tropical Atlantic, which enables scientists to hone in on the specific chemical reactions that take place when nitrogen pollutants come into contact with dust particles.

Dr Tomás Sherwen from the University of York says the team is hoping to make the most of the ‘dust season’ in Cape Verde.

“Cape Verde is a fantastic place to look at dust and nitrogen pollutants because there’s lots of dust being transported near to the island at this time of year. It’s essentially the ‘dust season.’ To guide where to fly once we arrive, we’re using NASA model forecasts of the composition of the atmosphere (GEOS-CF)”

Scientists from the ARNA project believe that nitrogen pollutants may be released from dust particles over the Atlantic as the result of a chemical reaction when sunlight shines on aerosol particles, such as dust, which carry nitrate over the ocean.

Without direct observational evidence, it’s impossible to know what causes this process to take place, and how it will impact global air quality.

Most of the research flights will take place around Cape Verde, which lies almost 600km off the coast of Northwest Africa, on board the FAAM research aircraft.

The small island of São Vicente also provides a useful focal point for the science flights because it’s home to one of the most advanced atmospheric observatories in the region, the Cape Verde Atmospheric Observatory.

The ARNA project, funded by the Natural Environment Research Council, is using a wide range of data sources to solve the pollution mystery and these flights are just one part of their campaign.

In addition to the FAAM flight campaign, they are tapping into the information collected by the NASA ATom project – which has flown a research aircraft from pole to pole, past Cape Verde, four times over the last few years.

Then there are also satellite observations, which offer clues about how the air is moving over the ocean.

Back in the UK, scientists have set up special laboratory studies to test their theories about the chemical reactions taking place in our skies.

Ultimately their findings will be integrated into computer models that predict how pollution is created and transported across the world.