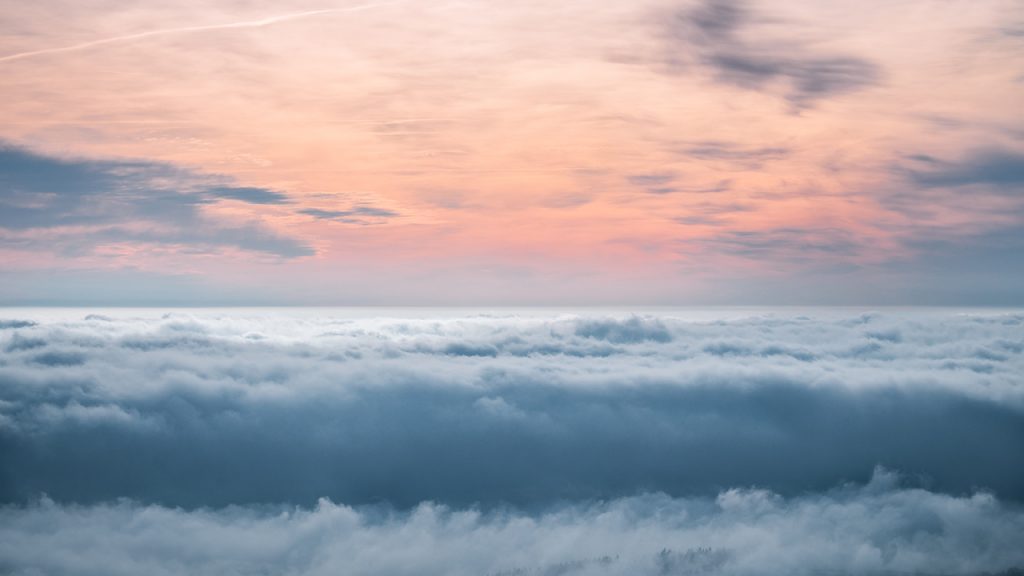 If you pictured a grey-haired white man holding a test tube in a laboratory, you’re not alone. But, we think it’s time that changed.

Science, technology, engineering and mathematics are far more diverse than the stereotypes suggest.

Across the National Centre for Atmospheric Science, we work with creative thinkers, computer fanatics, aircraft engineers, laboratory technicians and data experts. They come from diverse backgrounds, and each found their own unique path into science.

But, they have one thing in common, a commitment to tackling the big environmental challenges that society faces.

Hi, I’m Duncan and I’m the Electronic Engineer at the FAAM Airborne Laboratory, a research aircraft that travels the world collecting measurements.

My day-to-day work is very varied, but I’m currently designing a new electronic circuit to improve our temperature measurements.

I’m required to make quick repairs to our kit, sometimes during our flight campaigns, so I need a good working knowledge of all the science systems on the aircraft.

I also advise scientists who design equipment for the aircraft. This is not only on the electronics, but also on the special requirements for putting instruments on an aircraft.

I work in a small team, so I also get involved in other areas of our operations such as monitoring our cloud physics instruments during science flights, and carrying out logistics when we are flying away from base.

I’m in the upper percentiles of the age spread at the FAAM Airborne Laboratory so I’ve had a few jobs before. I’ve worked both in industry and higher education, designing electronics for medical devices, the process industry and telecommunications. I have a degree in Electronic Engineering from the University of York.

Hi, I’m Harriett, the Communications Manager for the National Centre for Atmospheric Science, working in Leeds.

I was the first in my family to attend university, and went on to do a PhD in environmental science. I enjoyed so much about science – the reading, writing, fieldwork, and discussions about the natural world – but realised I didn’t want to pursue a research career.

I saw a missing link in the way that knowledge was being communicated between scientists and the people affected by environmental change; and I felt a sense of urgency to bridge that gap and make science more accessible.

Over seven years I’ve created an alternative career in science, as a communicator, and have started to mentor other people to do the same.

My memorable moments are working with women authors and artists to create a fictional story about air pollution, helping to run a citizen science project that rescued historical weather observations from the Ben Nevis mountain, and creating clouds in plastic bottles at a festival in Edinburgh.

In my photo I’m working as a mission scientist, sitting between two pilots during a flying science campaign off the West coast of Africa.

I work developing and using computer models of the atmosphere, and we used these models to guide where we flew in the aircraft. Whilst flying out over the Atlantic, we were looking for new sources of nitrogen oxide air pollutants from when sunlight hits Saharan dust aerosols.

My background is a degree in Chemistry and my job is very different from my parents, who worked as a shepherd and a lorry driver.

I look after the meteorological instruments on the FAAM Airborne Laboratory – they’re the ones which measure temperature, humidity and pressure. I make sure the instruments work, fix them when they don’t, calibrate them and upgrade them if necessary.

My role involves writing code to analyse hundreds of flights’ worth of data, fixing and calibrating instruments in the lab, fitting instruments inside the nooks and crannies of the aircraft, working with collaborators, and lots in between.

When the aircraft flies, I often fly with it as part of an interdisciplinary team of scientists, engineers, pilots and cabin crew. Working at FAAM has taken me to all sorts of places, from Alaska to India. The point of it all is to make the very best measurement of the atmosphere in a challenging, but really exciting, environment.

I always wanted to have a career in something to do with the environment, and it turned out I got my best marks in physics. Seemed like physics could lead to an environment-related career so chose that for a degree and went from there.

I did a BSc in Ocean Science at Plymouth University and ended up joining CEDA as an Atmospheric Data Scientist on the Science and Technology Facilities Council graduate scheme – so a slight detour from marine studies!

My data scientist role was to make sure we archived important environmental datasets, so that they could be reused by other scientists in the future. I realised that I really enjoyed sharing the important work that my team does at CEDA – and wanted to shape my career around this.

Since then I’ve had an extra detour into the world of science communication – I studied for a MSc at the University of the West of England, which has since led to me becoming CEDA’s first ever Communications Manager!

My work now is very varied and I get to help lots of environmental scientists across the world – I organise events, improve our help desk processes and get to shout about all the incredible research that CEDA services support… and I can do all of this from the comfort of my pjs at home!

I’m Rebecca and I’m the Projects and Systems Engineer at the FAAM Airborne Laboratory.

I graduated with a degree in Marine Geography from Cardiff University and got a job as an Airborne Surveyor mapping the seabed using LiDAR from a small aircraft.

I then joined FAAM as the Ground Support Engineer where I worked closely with scientists to ensure the correct instruments were fitted to the Atmospheric Research Aircraft for each fieldwork campaign.  My role has now developed into becoming the Engineering Project Manager, which means I work with aircraft engineers to install new scientific instruments.

After a Master of Science (MSc) degree in Marine Environmental Science in France followed by a PhD in Climate Science at the Max Planck Institute for Meteorology in Hamburg, I was granted a fellowship and moved forward along the standard postdoctoral academic route.

I had a few postdoc positions, and two maternity leaves, then I made the decision to move from a research role toward a scientific coordination role. I’m really happy in this new role full of different challenges!

My role involves scientific coordination and liaison with many international partners. I especially enjoy working as part of a team, with people from different backgrounds and cultures.

I started out with an undergraduate degree in mathematics, and really enjoyed the applied mathematics side of things. I was also interested in weather and climate, so applied to do a masters degree in meteorology. This then led on to a PhD and a postdoc where I did numerical weather prediction and climate modelling.

I’m now the manager of data produced by climate modelling centres around the world, for the Coupled Model Intercomparison Project Phase 6 (CMIP6).

My job is to transfer this data to CEDA for analysis by UK climate researchers. I’ve transferred about 1.6 petabytes of climate data, which is the equivalent of a million full length movies. The data is used to inform international policies on reducing carbon emissions and reaching net zero.

The best thing about my job is that data plays such a prominent role in all aspects of science, and I’m able to work with and learn from climate scientists, climate modellers, and IT specialists all over the world.

Hello, I’m Mary, a Non-Executive Director of the National Centre for Atmospheric Science and a Public Health Doctor.

Medicine has taken me from ward to war zone, and academia to advocacy. Originally I wanted to be a marine biologist, but knew nothing about it so followed my family tradition of medicine. Studying science at school, for my pre-medical year gave me the universal language of science. Over time I have continued to learn science, and did a mid career doctorate in global household surveys and statistics as well as starting two technology companies. Now, climate change, extreme weather and pollution are catastrophes that science can help us solve and as an experienced Non-Executive Director and leader I can contribute to how the National Centre for Atmospheric Science works.

It used to be that women could not vote, be doctors, or combine a career with children. I have been able to do all of that. The photo I have chosen shows me working remotely while my young children sail for the Serbian national team. My son is now a science student and surfer and my daughter is a doctoral candidate in quantum materials theory and the first person to use a quantum computer from the Arctic Circle. We stand on the shoulders of those who went before us and my mission is to open doors and pass on opportunities to the next, hopefully diverse generation of science leaders.

Hi, I’m Ruth, an Air Quality Researcher working at York, and the Head of Equality, Diversity and Inclusion for the National Centre for Atmospheric Science.

I did a MChem at the university of Leeds in Chemistry and following that decided on a PhD in organic modelling at Leeds. I really did not enjoy it but felt torn as I did not want to seem a failure if I quit. After a conversation with the then Head of School (who worked in atmospheric science) he suggested that an atmospheric science PhD may suit me better and his colleague had one available. After chatting to Ally Lewis I decided a PhD studying air pollution from an aircraft sounded excellent and so went off to chat to the Head of Postgraduate studies. He basically told me if I changed my PhD it would be the wrong decision and it would be a failure. Thankfully more supportive colleagues fought my corner and turns out it was completely the right decision.

I completed my PhD in 3 years and went on to work for the FAAM Airborne Laboratory. This was 4 years of visiting amazing places whilst carrying out cool research and expanding my knowledge of atmospheric science.

I now work at the University of York where I combine air quality research with the Head of Equality, Diversity and Inclusion (EDI) for the National Centre for Atmospheric Science. Throughout my career I have always engaged in lots of public engagement and have been part of the Athena Swan Team in Chemistry at York. This passion has led to the opportunity to lead the National Centre for Atmospheric Science on its EDI journey ensuring it’s an inclusive environment for all. 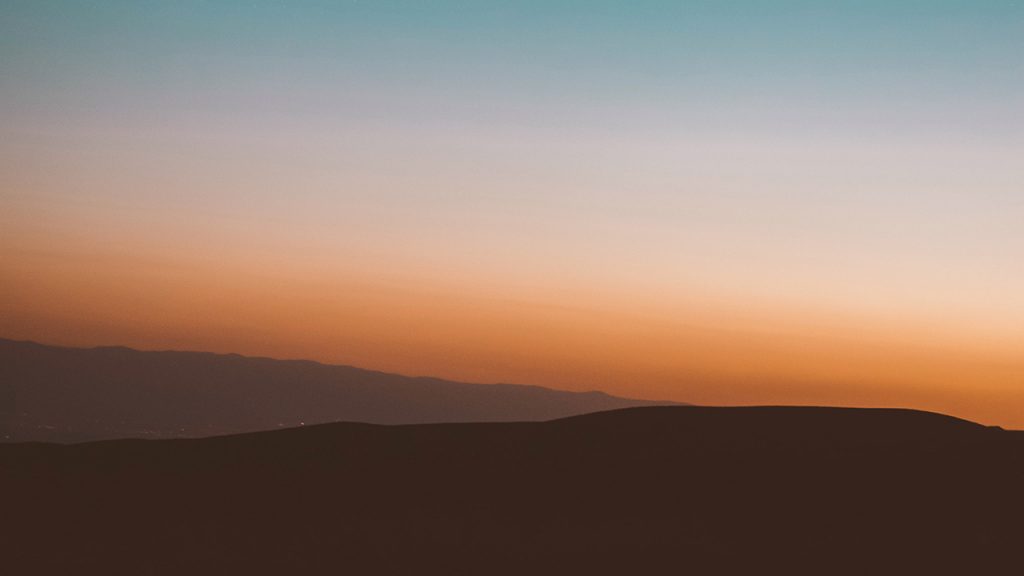 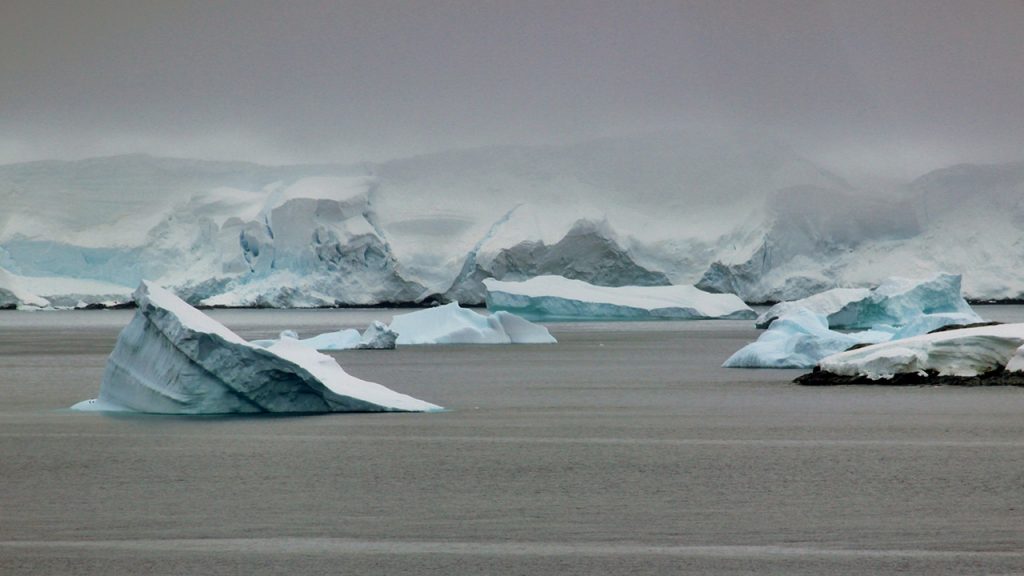