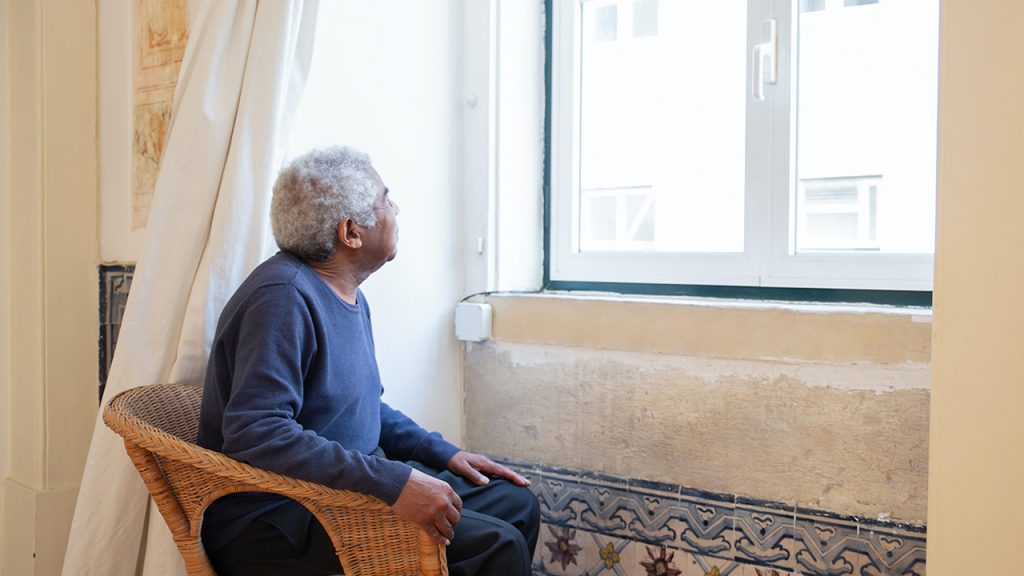 Air pollution, and how it impacts the health of England’s population, is the focus for this year’s Chief Medical Officer report to the government.

The independent report published by England’s Chief Medical Officer Professor Sir Chris Whitty, was authored by a team of UK experts including researchers from the National Centre for Atmospheric Science.

The report brings attention to the ways that the government and organisations across the country can improve air quality, both outdoor and indoor, and people’s health.

While at a national level air pollution continues to reduce, poor air quality is still the greatest environmental risk to human health. The Chief Medical Officer’s report outlines the major challenge of implementing a wide range of technical and behavioural solutions, and the uncertain risks posed by indoor air pollution.

How air pollution is changing

The UK’s air pollution in the coming few decades will be different to the recent or distant past – and it will change as energy supplies and transport systems are decarbonised, lifestyles and working practices evolve, and as new materials, products and processes are adopted.

Professor Lewis and Dr Moller set out five take-home messages about the future of UK air pollution in their chapter:

Hotter and drier summers in the UK will lead to a range of effects that could create poor air quality. These could range from increased emissions from wildfires, to calm and persistent weather events that cause stagnated air to accumulate in cities, and increased air conditioning use in buildings that might worsen indoor air quality.

Stormier, windier, and wetter winters are expected in future with climate change, which could lead to increased mixing of air and deposition of pollutants – improving air quality during those months.

Climate change has the potential to alter large-scale atmospheric circulation patterns, which might bring polluted air to the UK more frequently from other parts of the world.

Transboundary air pollution occurs when air pollutants emitted in one location are transported to another region or country, with impacts on the receiving environment, economy, and population’s health.

Air pollution is a transboundary challenge that requires both national and international solutions. To achieve the best possible air quality in England, the UK government will need to negotiate further international reductions in emissions – particularly from continental Europe.

Professor Ally Lewis, a senior air quality researcher at the National Centre for Atmospheric Science and University of York explains how air quality in northern Europe is closely related: “When England reduces its air pollution emissions we derive health benefits here, and so do our neighbouring countries such as France, Belgium and the Netherlands. When those countries reduce their emissions, England is also a big beneficiary of cleaner air.”

Net zero actions can be beneficial

The UK’s transition to net zero greenhouse gas emissions could reduce air pollution in nearly every sector, ranging from transport, home heating to energy production, but the scale of benefits often depends on how replacement low-carbon technologies are used and whether new hazards are managed.

Some actions to deliver net zero could counteract progress being made on air quality through introducing new sources, or increasing emissions of air pollutants, or by changing behaviours.

Researchers from the National Centre for Atmospheric Science are working with government departments to advise, and provide evidence, on the likely positive and negative effects of different net zero pathways on air pollution.

The UK’s transition to net zero greenhouse gas emissions represents a real opportunity to deliver multiple environmental benefits, including improvements in air quality. However, we shouldn’t assume that this is inevitable. We need to continue to engage with government departments to ensure that policy makers have the best scientific evidence available. This will enable them to appreciate how the choices they are making around net zero actions, and pathways, can deliver wider benefits such as better air quality.

Experts believe that our pathway to net zero could bring immediate benefits for air quality. This is partly because air pollutants are being co-produced alongside greenhouse gases in a number of key sectors, including electricity production from fossil fuels, industrial manufacturing, transportation and agriculture.

However, not all types of pollution will fall straight away. Some pollutants, including fine particulate matter (referred to as PM2.5), may not fall significantly until later in the transition to net zero, which is planned to be complete by 2050.

Major low-carbon infrastructure projects could create localised air pollution during their construction phases, and plans for widespread forest planting should take account of the natural emissions released by certain tree species. Consideration of these wider impacts should mean that negative effects can be managed, minimised, or compensated for by action elsewhere.

Inequalities exist in emissions and impacts

Significant inequalities exist in where pollution emissions occur. Across England as a whole, people in the most deprived groups of society typically live in locations with the highest levels of locally emitted air pollution.

The inequalities in the distribution of emissions are particularly significant for nitrogen oxides. People experiencing the highest levels of deprivation often live closest to major roads, and in areas of high housing density. Densely populated areas expose residents to pollutants created by combustion from heating.

These inequalities will persist in the future. Location plays such a large part in determining what emissions people are exposed to, and it is not yet clear how future policy will impact the level of inequality.

Some changes should be beneficial, such as reducing nitrogen dioxide concentrations from road vehicles. The future impact of other measures is less certain, for example choices around decarbonisation of domestic heating.

Decarbonisation of domestic heating will impact inequalities in exposure – but whether this improves the situation or makes it worse will depend on which technology is chosen, and whether any emissions from alternative fuels are managed effectively.

There is currently no national dataset that can be called on to analyse trends in indoor air pollution in the same way we can track outdoor air pollution over recent decades. And, every indoor space and its occupants represent a unique mix of factors that determine air quality.

Additionally, indoor pollution is closely linked to outdoor pollution – as air moves between both environments. It is not yet fully understood how changes in air exchange may impact indoor air. For example, better home insulation might reduce air exchange allowing pollution to accumulate inside. And, improving outdoor air quality may mean less pollution enters our home than in previous decades.

Professor Lewis and Dr Moller’s work at the National Centre for Atmospheric Science and University of York aims to understand where pollution comes from, the impacts it has on health and the environment, and how it can be reduced.

Moving forward in the research community, better account needs to be taken of indoor air quality – especially for vulnerable groups and young children.

Studies focusing on emerging and new pollutants will be required, to identify harmful gases and particles emitted as a result of novel materials, activities, and their interactions with the environment.

Atmospheric scientists will need to track the air quality impacts of different behaviours and responses to future policies and technologies. Environmental laws and technological innovation will likely have a strong influence over air pollution.

Examples of future air quality research at the National Centre for Atmospheric Science: 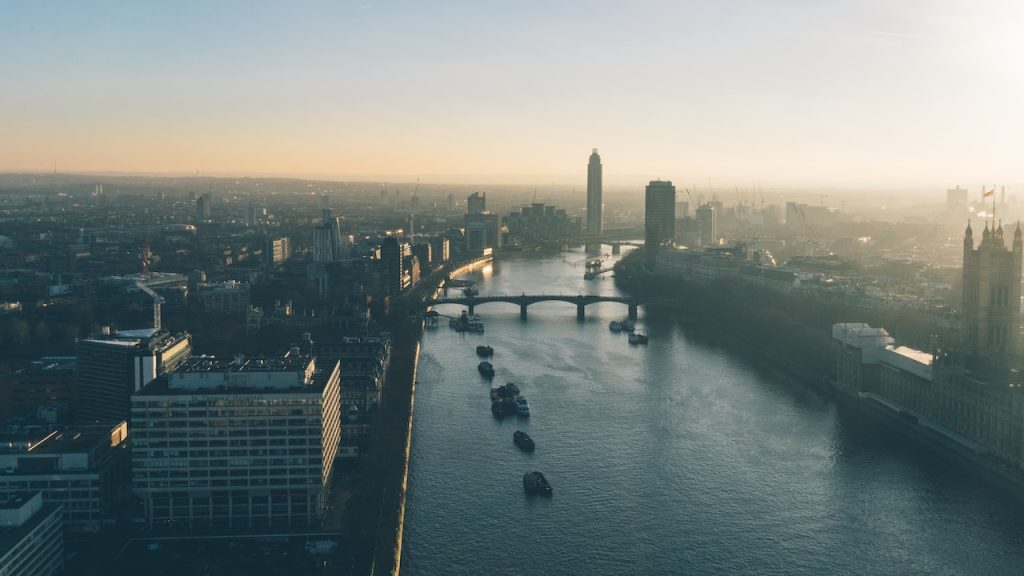 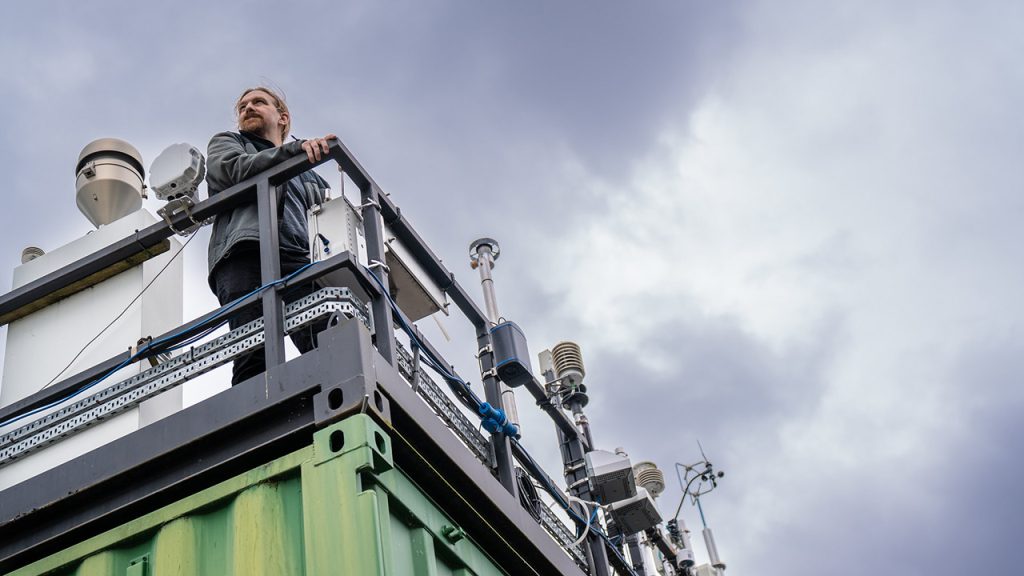